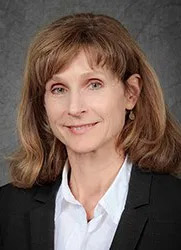 Dr. Michelle Brousson has been practicing medicine in Vancouver and on the North Shore for her entire career. She completed her undergraduate degree at the University of Victoria, obtaining a Bachelor of Science in Human Performance, subsequently called Kinesiology. During this time, she competed in in the sport of Rhythmic Gymnastics at provincial and national levels through second year university.She received her medical training at McGill University in Montreal, graduating in 1992, after which she returned to British Columbia to study Family Medicine at UBC. She had a full service family practice for 16 years and continues to be involved in primary care.

Her interest in foot and ankle problems stems from a long standing interest in sports medicine and musculoskeletal problems. She first began helping patients with foot and ankle problems at St. Paul’s Hospital Foot and Ankle Screening and Triage (FAST) clinic in 2009. The concept of assessing patients who had been waiting for a number of years to see an orthopedic surgeon was a novel one. It was well received at that time given that it dramatically shortened wait times and enabled orthopedic surgeons to devote more time to surgical care. This successful concept has now been modelled elsewhere in Canada and in other areas of medicine.

In 2014, Dr. Brousson joined Pacific Orthopedic Sports Medicine and began working with Dr. Alan Baggoo to provide foot and ankle screening services to North Shore residents, as well as those from the Sea to Sky Corridor, the Sunshine Coast, and occasionally the BC interior.

Foot and ankle screening and triage